If you are a fan of MLO or Omnifocus, I bet you will really miss the nextaction feature if you migrate to Todoist. With nextaction, one can keep really focus on things he should do, which is really nice. But since Todoist hasn’t provided this feature(maybe they don’t want this forever), we need to exploit the todoist api to achieve our goal.

Inspired by here, implementing by a polling server is a trivial but decent way. Rather than using python, I chose to write it in Rust. The rationale behind is that it should be a simple application with as less as possible dependencies, not python with lots of redundant libraries. And you can see after that the compiled docker image is only 18M which is much easier to distribute (Actually I’m considering a “nextaction as a service”, a.k.a. NaaS).

You should set environment variable NXTT_token to your Todoist token.

copy-pasted from the README

after you complete taskB, it will become

And for parallel tasks:

So that you can add a filter on @nextaction to make you focused.

Parallel tasks and sequential tasks can corporate with each other seamlessly:

Nextaction also supports a tag called @someday. The logic is: when Nextaction meets a task which should be tagged @nextaction but currently has tag @someday, it won’t tag @nextaction to that task. So that your someday tasks won’t show up on your nextaction list.

So, don’t hesitate to deploy a nextaction server and let’s call it a day! 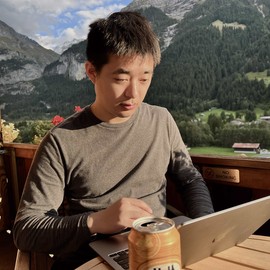